Local Lens gave away an iPhone from …

Where did you get that smile? Seattle …

How my summer took an immediate turn … 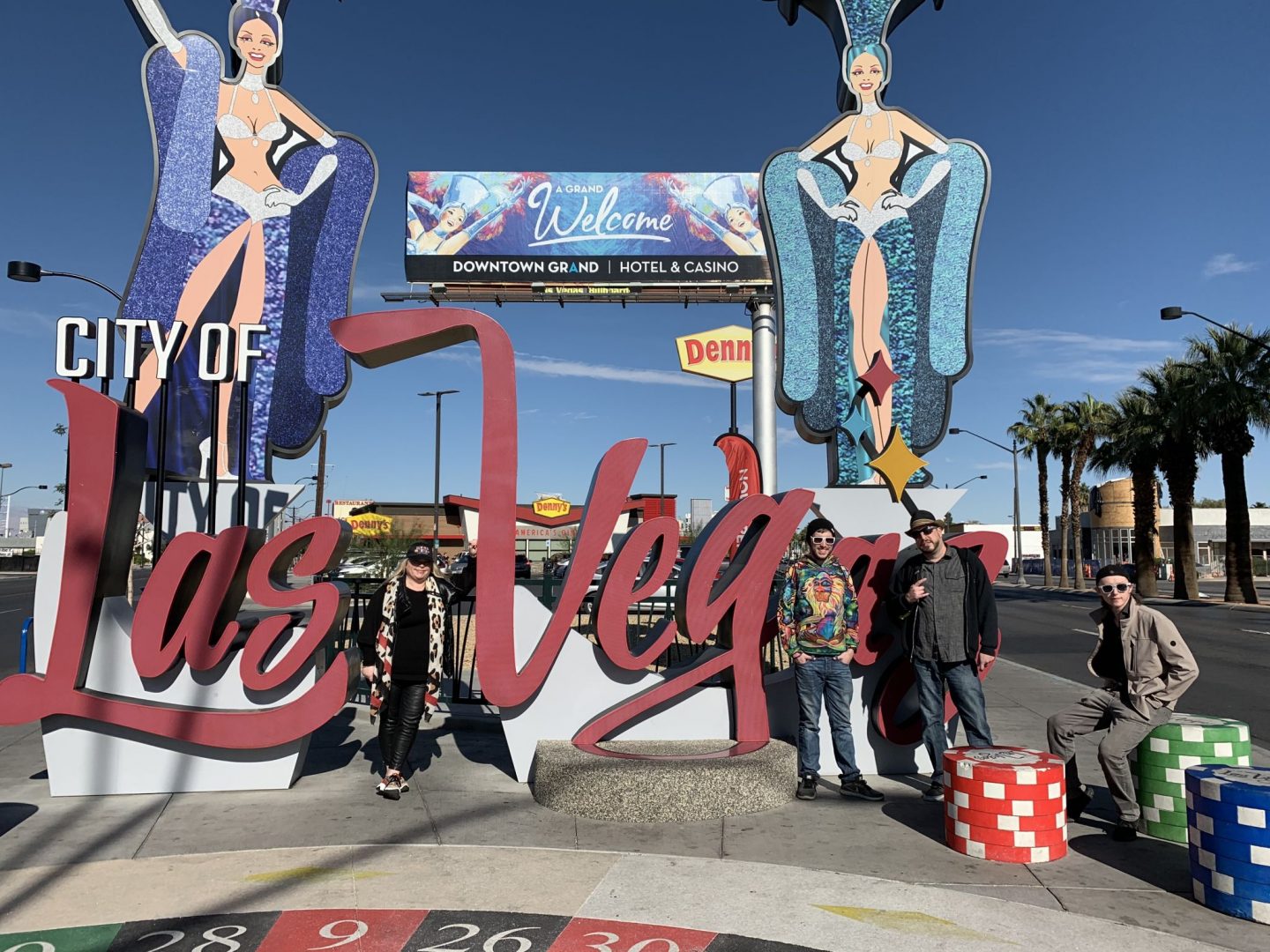 The year was 1996. Many of my friends were home visiting from college on their Thanksgiving breaks. The Notebook was one of the best selling books and was not yet made into a movie. Bill Clinton was President of the United States. No Diggity from BLACKstreet could be heard on car stereos and in dance clubs all over town. I was 8 months pregnant and at home on permanent bed rest due to an extreme case of toxemia. Was I allowed out of bed? Only for important things like going to the bathroom and in this case, a quick trip to Hollywood Video for movie rentals and Subway sandwiches with my friend Katherine who I met my freshman year of college (before I dropped out). Within 10 minutes of getting home and back into my resting position (this time on the couch instead of bed), my water broke. 30 hours later I gave birth to my son, Jakob Robert Downey, via emergency c-section on November 23, 1996 at Swedish Hospital in downtown Seattle. Not even three months later, his father and I would break-up and I would move back home to my parents in Centralia, WA.

Fast forward 23 years later (which felt like it went by in a flash) we were headed to Las Vegas to celebrate Jakob’s “Golden” Birthday. He was turning 23 on the 23rd and somehow I was charmed into a quick trip to Vegas – for 23 hours to be exact. When did “Golden” birthdays become a thing? And how does one pack in everything that we wanted to in Las Vegas in 23 hours? Well, I’m about to tell you!

“Time is the coin of life. Only you can determine how it will be spent.” – Carl Sandburg

First stop – SeaTac airport to catch a cheap flight on Spirit Airlines, which I will never fly again. That old saying is true, you do get what you pay for. Despite the fact that there were upcharges to everything and it felt like we were flying in a tin can, I will say the flight attendants were pretty funny. I’m sorry I cheated on you Alaska. Please don’t be mad. I’ll never ever do it again. Jakob’s friend Ian was going as well and we happened to be on the same Friday afternoon flight, although it wasn’t planned that way. Jakob and his dad would be flying on Alaska a few hours later once Jakob got off work.

While Ian had been to Vegas before, he had not been to Vegas since he turned 21. Needless to say, he was very excited. I could hardly wait to share my plans with him! What would our first stop be once we landed after we Uber’d (yes, this is now a verb) somewhere for dinner? A MUSEUM! I could read his facial expressions. The poor kid had no idea he was traveling with a mom that already acts like a senior citizen. I realized I needed to rephrase my pitch. “We are going to a neon sign graveyard!” That helped, a little. I explained he could go with me or go on his own and we could meet up later. He stayed with me and paid for my dinner. What a champ!

After a lovely dinner at the Triple George Grill near Fremont Street, with our bellies full, we headed a few miles away to the Neon Museum. I could hardly wait. My instagram dreams were about to be fulfilled. Bring on the neon!

Founded in 1996 (interesting coincidence, don’t ya think?), The Neon Museum is a non-profit 501 (c) 3 organization dedicated to collecting, preserving, studying and exhibiting iconic Las Vegas signs for educational, historic, arts and cultural enrichment. The Neon Museum campus includes the outdoor exhibition space known as the Neon Boneyard, a visitors’ center housed inside the former La Concha Motel lobby and the Neon Boneyard North Gallery which houses additional rescued signs and is available for weddings, special events, photo shoots and educational programs. Tickets in hand from pre-ordering online, we somehow breezed right past the long line and walked right in. I do like to pretend that the red carpet gets rolled out wherever I go. But in this case, I actually didn’t even see the line that we were supposed to wait in until we left. Oh well? Just goes to show, act with confidence and you will be treated accordingly.

If you find yourself in Vegas and you have an appreciation for museums and neon, then this is a must stop! I do wish I had also been able to view everything in broad daylight because I could tell it would bring an entirely different perspective. Hundreds of photos later, I’ll share a few of my favs with you here. I had the best time searching for my initials (AB) and I didn’t even make Ian take that many pictures of me. He was a good sport and secretly I think he enjoyed it more than he let on.

“Always hunting for A’s and B’s”

Next stop! Gameworks for some video game fun and karaoke. This stop was all part of Jeremy’s (Jakob’s dad) master plan. He said his “karaoke guy” was working from there on this particular night. Our goal was to meet there at 11:30 pm in time to get a round of shots (for the three of them, only diet coke for me thank you) and then we could sing Happy Birthday right when the clock strikes 12 am on November 23rd. Much to my surprise, when Ian and I arrived (first) Jeremy’s karaoke guy was MY karaoke guy, the world famous Joshua Barron of Absolute Karaoke and National Director of the Worldwide Karaoke Championships! I’ve hired Josh for several events over the years. We got there with time to kill which meant I had enough time to get in a few rounds of my very most favorite (currently) video game Jurassic Park!

Patiently waiting, Jakob and Jeremy finally arrive and it’s time for the official festivities to begin! Shots were had. Karaoke songs were sung and I was there to document all of it with my iPhone camera. When Jakob was little, I would take pictures and scrapbook EVERYTHING! The more stickers, novelty paper, and embellishments the better. Just ask my parents, the have many, many storage tubs stacked filled to the brim with countess photo albums in their garage collecting dust. I stopped scrapbooking when I created my 1st Facebook profile and I’ve been all digital every since.

Next stop was Caesar’s Palace to meet up with more of Jeremy’s friends and then onto the Bellagio to see the famous fountains. Pro tip: Those fountains don’t go all night, so by the time we got there shortly after 1 am our only view was the blinking lights of the strip. Our Ocean’s 11 moment was going to have to wait. I was able to drop the “mom” card to swing into the Conservatory and Botanical Garden to snap a few photos and admire the Chihuly Fiori di Como, weighing in at 40,000 pounds, which is one of Chihuly’s largest, and most popular glass sculptures.

Now it was time to head to Fremont Street, also known as Old Las Vegas. Pro Tip: The laser light shows down the corridor don’t go all night either. Check their calendar for times before you go. Something that never occured to me we would have to do. I guess what happens here does really stay here, because we really didn’t plan on things not being open. We hit the old strip around 3am and I have to tell you, it was pretty quiet. Am I confusing Vegas with NYC, the city that never sleeps? There were a few die-hards out, including street performers (which I love) and Showgirls making the rounds as we wandered around and gamed a little, bouncing between slots and blackjack. The fellas were thrilled when we spotted a White Castle burger bar. Turns out they taste exactly like the crappy grocery store microwave versions, and at 4am with no sleep in over 24 hours, that meant they were delicious.

The next thing I knew we were being picked up by a stretch limo and were whisked off in the direction of what I was told was near the Venetian, where I had scored a cheap suite for $99. Ian and I had already checked in to the hotel earlier in the night, grabbing the room keys but never actually seeing the room. Jeremy and I had backpacks for essentials, but none of us packed anything else because the plan was to “party all night” and then fly back home. The cheap room was my insurance plan, because I usually go to bed around 11 pm. I couldn’t remember the last time I stayed out past 2 am let alone all night long. But, as luck would have it, we had a few more stops before we’d see that suite.

Arriving at the Venetian before the sun came up, we made our way through the casino, up the elevator, and down the long hallway to our suite. Ian hit the floor, Jakob hit the couch and Jeremy and I took opposite sides of the king bed. We all knew that sleeping would be a mistake at this point, but we also all needed a little power rest. The only sounds were the quiet hums of our iPhones scrolling through pictures and videos and social media channels. An hour later as the sun came up, I changed my socks and made sure there wasn’t a tiger in our bathroom. Fresh socks after a long ass day can make a huge difference. We left Ian to snooze while Jakob, Jeremy, and I went to walk around, game a little more, and treat Jakob to a gondola ride. Quality family time.

We made sure to grab Ian and went to walk the strip in the morning as the city that apparently does sleep was coming back to life. We wandered over to the Mirage and past one of my favorite old haunts the Flamingo, making sure to stop by the High Roller. Which guess what? Wasn’t open yet either?!?!! We tried to tell Jakob we had Vegas shut down for his his own private birthday party but I don’t think he believed us. Apparently the weekend before Thanksgiving weekend is a great time to visit Vegas sans other human beings.

At this point you’ve probably spent more time reading this blog post than we actually spent in Vegas, so if you’ve made it this far, my Neon Museum Las Vegas hat is off to you.

Jakob, my birthday wish for you is for you to continue to be true to who you are. Your heart is gold and your humor is quick. Every single day, I love being your mom. It is no secret I would be totally lost without you. You are the reason I push so hard to succeed and always try to be a better version of myself. There have been so many good days. There have been hard days. Days were we laughed so hard our sides hurt. Days where we cried so hard our eyes could barely open. I’ve loved every season of your life so far. And while I’ll always miss that blue eyed blonde haired little boy with the mischievous grin, I’m so very proud of the adult man you have become. If you work hard, help others, and trust in God’s plan, you will always have enough. And as Rita always says, “Enough is a feast“. I hope Vegas was a fun and memorable experience. It was mostly your dad’s Idea, but I was glad to be along for the ride. Please never ever ask me to do that again. xoxo, Mom