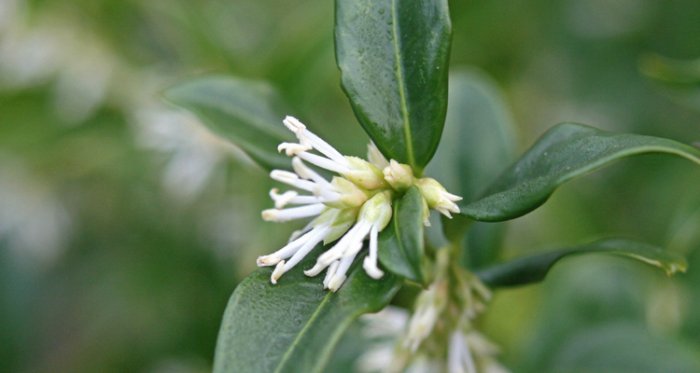 Take time to stop and smell the sarcococca ruscifolia. Tips on practicing patience in the new year.

The sweet, fragrant smell of the sarcococca ruscifolia plant is one of my very most favorite smells. The first time I remember smelling it was at the start of 2016, my first winter on Mercer Island. At first, I was convinced I was smelling my neighbors laundry detergent that was being pushed out via the vents on the side of the four buildings that make up the condominium complex I live in. I actually found myself wanting to walk our little dog Roxie more often than needed, simply so I could go outside and inhale deep breaths of the sweet, sweet aroma that was filling the air of my neighborhood.

What was this delicious smell wafting through the air that I couldn’t get enough of? According to Wikipedia, Sarcococca (also known as a sweet box or Christmas box) is a genus of 16–20 species of flowering plants in the box family Buxaceae, native to eastern and southeastern Asia and the Himalayas. They bear fragrant flowers, often in winter. And for whatever reason, they’ve been planted all over Mercer Island, WA.

Do you have smells that you associate with feelings? For me, when I first smelled the sweetness of sarcococca, I was at a point in my life that everything, as I had known it, had changed. For the first time in my adult life, I wasn’t working. My days were filled with no schedules or demands. I was sleeping in, taking yoga and meditation classes, going for long walks, reading books, watching movies, taking naps, and doing volunteer work. It was a time of deep reflection to figure out who I was without the identity of my career. And it just so happened, the timing of this life “reset” coincided with the new year.

I started making lists. (I really love lists) Lists of places I wanted to visit. Lists of places I would consider moving to. Lists of projects I wanted to get done around the house. Lists of new things I wanted to try. I had to really fight the urge to force things to happen quickly and just learned to “be” in the moment, without an immediate agenda. Now at first, if I’m being honest, I was a bit lost. With no schedule or anyone to answer to, it was easy for days to go by in a blur and the only thing I had really accomplished was binge watching a new series on Amazon Prime or Netflix.

In January in Washington, the days are short, and the dark, cold nights are long. Yet, despite the fact I had no idea what the future was going to bring, I was also experiencing a sense of inner peace and calmness. That no matter what direction things turned, somehow, some way, my needs would be taken care of. Things were going to be ok. In fact, they could be better than okay. It was in those first two months in early 2016, I felt the sense of hope all the way down to my bones, a renewed energy and feeling of excitement about my life. I gave myself permission to not have a plan. When I set all of my fears to the side, I have to admit it felt amazing. So this is what the phrase “stop and smell the roses” really means?

My tips of practicing patience in the new year start with learning to love what you already have, right here and right now, in the moment. We all make those new year resolutions of things we want to change or do different. And that’s great! Make those lists! I love a plan. Just don’t get so wrapped up in all the new things you want to be and to do that you forget who you are in the here and now.

Those early months of 2016 were pivotal in laying the foundation of my much needed life “reset”. I learned to look for joy in the simple things, which included walks with my pup and the sweet smells of the sarcococca plant. To be honest, before these changes, I was so busy spinning out on the hamster wheel of life, I don’t know if I would have even noticed the sweet smells of my neighborhood. I would have looked at walking the dog as a chore versus enjoying our time together roaming the island. The most important lesson I learned was to stop worrying that things weren’t they way I thought they were supposed to be and to enjoy and find pleasure in the way things actually were.

Three years later, I step outside and the sweet aroma of the sarcococca wraps around me like a familiar hug. A hug between myself and nature, serving to remind me that even though life moves forward and schedules go back to being busy, at any time I can tap into the strength that I found deep within myself in those early months of 2016. I smell hope, that as the new year unfolds, no matter what goes my way (and what doesn’t) that my needs will continue to be met. Now if I could just get Yankee Candle to capture the delicious smell into a jar. 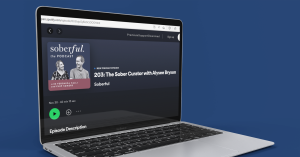 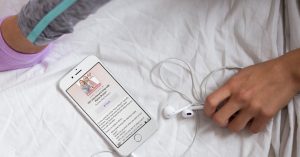 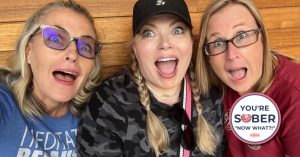